Following a number of requests received by the artists of the OpenArtCode group, we have decided to embark on the Chinese art market. We have organised an exhibition for a period of 12 months starting in July 2012. The Chinese market is difficult to penetrate and it is apparently necessary for a great deal of public relations activity. We have planned an exhibition that will travel to various venues and galleries in China. The first show will be at the Present Art Festival, the third edition of which will take place in July 2012 at the National Library of Shanghai Pudong. After this Festival, the works will move to the University of Shanghai and to the Wison Art Center (Wison is a major industry of bioengineering). Subsequently, the works that are not be sold will be assigned to different galleries throughout China. This is a fantastic chance to enter this emerging, very important art market. 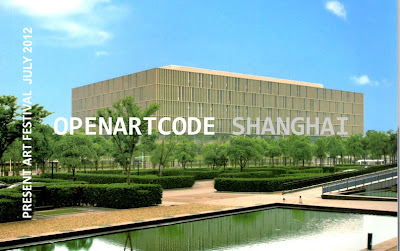 Open Art Code
Open Art Code is composed of a group of renowned artists who have very different technical styles and their artistic formation is varied. They have united their talents to exhibit together in Paris at the Grand Palais, in Monaco at the Auditorium Rainier III, at the Oxo Gallery on the River Thames in London and in Shanghai at Pudong Library and CEIBS.

For further information about our exhibitions or for a purchase enquiry of art works, please contact
Studio Abba